Home > Resources > Blog > The Curious Case of the Password Database

Since the client was assured that data within the Password Manager Pro server was encrypted, our answer was assuredly, “No.” Right? We set off to find out!

The recent CVEs affecting the Password Manager Pro software were some of the worst kind: Remote Code Execution (RCE). For the sake of this engagement, we were focused not so much on the initial attack vector, but rather on the extent of the post-exploitation possibilities. Simply, with access to the system’s data, could we recover the encrypted secrets stored within?

We started with access an attacker would presumably have:

Note: Mid-engagement, we identified some newly published work by smaury at Shielder regarding tearing apart Password Manager Pro. The timing was astounding. Our collective articles may look similar; but our approaches, experience, and code differ. We highly suggest checking out his terrific write-up regarding this topic.

We staged an instance of Linux running ManageEngine’s Password Manager Pro version 10.5 to replicate the client’s environment. After fetching the application software and initiating a restore, we started by analyzing the running processes and identifying key information. The application was running Java and PostgreSQL as the primary components.

The pmp_key.key file reveals the PMP key, which will come in handy later.

One of the best parts of working at TrustedSec is being surrounded by a diverse and talented team of people who are willing and able to help. My Java skills didn’t make it much past my sophomore year of college; however, my skilled coworker Rob Simon was able to hop in and provide additional guidance.

We extracted the application JAR files located in /opt/ManageEngine/PMP/lib and decompiled and analyzed the files to reveal how decryption functions for the underlying PostgreSQL database were handled. While walking through the code, we found that the application uses a static secret key derived from the string @[email protected] that was used to encrypt the database password—notably, only five (5) characters: 7n3tP.

TrustedSec investigated the PasswordEncryptDecrypt class to determine how encrypted passwords could be recovered. A master key is required to decrypt database passwords. To obtain the decrypted master key, TrustedSec identified the encrypted master key stored within the database as notesdescription and supplied the pmp_key to the decryptPassword function of the PMPEncryptDecrypt class. This resulted in the plaintext master key.

To pull the encrypted master_key, within Postgres, issue:

To harvest the data of interest stored within PostgreSQL, you can use the following query. Notice that the decryptsblob table will still be encrypted. One last decryption step will be needed.

Around this time in our analysis, I stumbled upon the previously mentioned research from smaury @ Shielder . He included a robust query that was great for pulling with additional table columns.

Data should look similar to the image below, which I then exported via DBeaver.

Now, we have the decrypted database password and the master key, but we still have an encrypted password column within the database. Using the same PasswordEncryptDecrypt class that we examined earlier, we can build a script where we supply an encrypted password along with pmp_key to reveal the stored plaintext credential.

Leveraging the expertise of the TrustedSec resident Python wizard, Charles Yost, we opted to script this in Python versus working in Java because, honestly, who prefers Java?!

On that note, we’re happy to announce the release of Zoinks – the Password Manager Pro Decrypter!

The script can be operated in interactive mode or supplied parameters at runtime.

Step 2 – Once the database has been accessed, provide the following:

Let’s go after HackingDave’s password and plug it into our zoinks.py script.

In the midst of a breach, we often hear, “Don’t panic—the data on the server was encrypted!” Data encryption is a best practice; it checks the audit box, and it allows us to sleep soundly. During this engagement, the more we peeled back layers of the Password Manager Pro application, the clearer it became that, while data was encrypted, everything needed to decrypt the data was stored on the server.

TrustedSec determined that someone with access to a Password Manager Pro server could recover encrypted data stored within the server due to ManageEngine’s implementation of encryption keys and methods.

Shoutout to my TrustedSec team (Rob, Charles, and Phillip) for the time and guidance and to smaury for the timely write-up!

TrustedSec determined that someone with access to a Password Manager Pro server could potentially recover encrypted data stored within the server if conditions are met. TrustedSec suggests clients using ManageEngine’s PMP review their best practices to securely manage key files to prevent this type of attack. 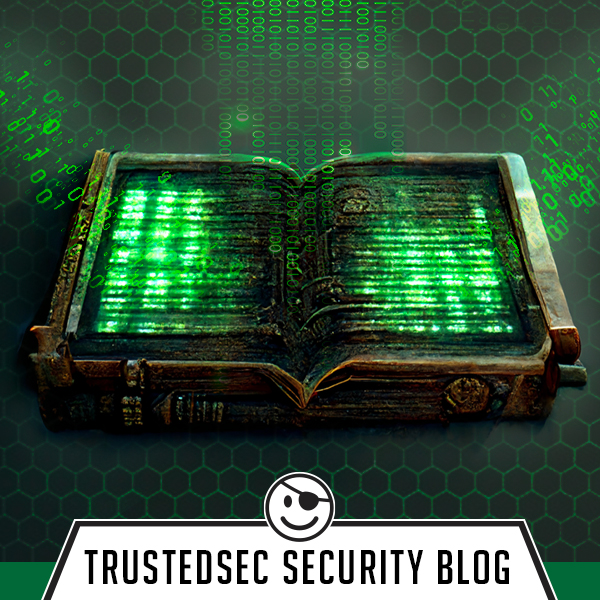