Home > About Us > Team > Paul Koblitz

Paul Koblitz is a Principal Security Consultant for TrustedSec. Paul recently assumed the role of Director of Technical Services for TrustedSec. This job entails managing 40 other employees and all of the technical penetration testing teams. He has expertise in physical and social engineering security has been honed over the years by using every opportunity possible to further develop his craft. It is not uncommon for Paul to be shopping and ask to talk to a store manager about how their security could be better by different camera placements. Paul also has extensive networking experience having worked for several years as a desktop support technician, a NOC operator, a head-end engineer, and a network engineer in the US Navy and for a local cable company.

Paul has always had a passion for security, focusing on the physical side. While in the US Navy, Paul was a Duty Master-at-Arms and part of the shipboard security team. In Paul’s off time from the military, he held several security-related jobs to include: late night and emergency locksmith, security systems installation consultant, and vehicle/personal property repossession. While working for TrustedSec, Paul has utilized his physical and social engineering skills in several fields of business such as; financial institutions, retail clothing chains, grocery store chains, manufacturing, and education. Paul also was the Head of Physical Security for DerbyCon.

They’re Watching You! Protecting Yourself From Hidden Cameras

By Paul Koblitz
In Hardware Security Assessment, Organizational Training, Penetration Testing, Physical Security, Security Testing & Analysis, Technical Counter Surveillance Measures
Hidden cameras, spy cameras, nanny cams—whatever you call them, you are under surveillance much more than you may realize. While outdoor perimeter cameras and doorbell cameras are commonplace and have been used for quite some time to monitor property, other nefarious hidden cameras are popping up all over the place. Generally, any camera placed inside...
Read

By Paul Koblitz
In Penetration Testing, Security Testing & Analysis
Companies spend millions of dollars to protect their data in the forms of firewalls, antiviruses, spam filters, web content filters, multi-factor authentication, and so on. But what about physical security? Most companies will have a badge system to grant employees access to the facility. Main entrances will have a receptionist or sometimes a security guard...
Read

By Paul Koblitz
In Security Testing & Analysis, Social Engineering
Have you received an email from a Nigerian Princess lately offering you 20% of her $4.2 million in inheritance that is stuck in a bank? All you have to do is supply your bank account number! Have you received an email stating that you won a lottery in South Africa and all you have to...
Read
View all posts from Paul 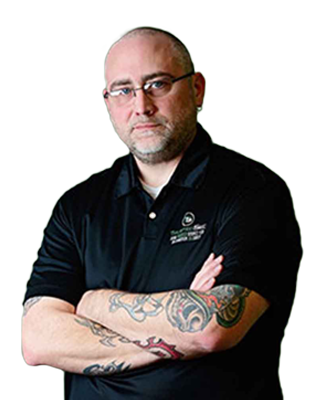 Want to work with Paul Koblitz or someone like him?